June 18, 2013
It has taken me a few days to post this last report as I have been very sad and yet hopeful. On June 15, Balin got out of the cage and has not come back since.  I am sad because I would have wished to release him when he was bigger and in a less populated area. Happy he has gotten his freedom to be a wild creature for a bit. But now I will never know what happened to him. We are new too many people who will do it harm, either by poaching and selling to illegal wildlife traders for meat or by the locals eating it.

The pangolin is one of the most poached animals in Palawan. It has no teeth and curls up into a ball when scared. That is it's only defense. Even though it has very sharp claws it never uses them for defensive purposes, only to dig in hard mud and rotten trees and such.  When captured they are usually sent to China for exotic meat and they also grind up the scales for their traditional medical, though it's effectiveness is not proven and with today's pharmaceutical technology, I am sure there is something else like a plant to do the same without killing nature's natural pest control. They eat only primarily ants and termites and also grubs of beetles and other such insect.

These are the last shots I got of him. It was the dearest, sweetest creature I have ever had the privilege to rescue and care of. He was so gentle. I do pray he has not been captured and that he will remain free as long as possible. God speed dear Balin and may the angels of earth watch over you. I miss you so much and fear for you. You're human mommy for a bit. 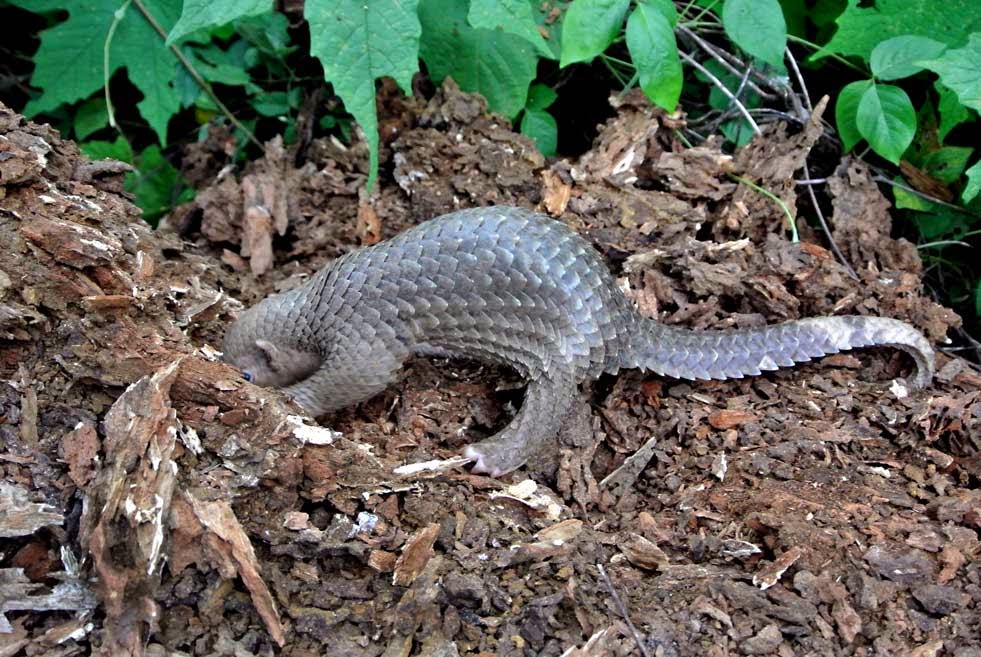