May 03, 2014
I have been thinking of little Balin, the Palawan pangolin of late, since his kind have become one of the most endangered on the planet due to illegal wildlife trade for their meat and scales. I am glad that they are in the news so that hopefully, a lot so people will stop eating them.
I want to share this one last thing about him. I will always be so very grateful to have known such a gentle and marvelously important creature.

In our forest in Palawan, I watched one of these gentle creatures digging into very hard earth, so hard I had trouble breaking clumps apart with my knife. This little gardener dug with no problem and I watched a seed fall where he dug and as he dug for ants, so did this seed get buried; only to await the next rain so it would grow. Later he dug into a huge fallen tree...he tore through the bark and it crumbled to the ground into hundreds of tiny pieces and I saw a young seedling be covered with this mulch to protect the moisture in the soil so it would have a chance at becoming a tree. One cloudy night the full moon peeked out from behind a cloud, Balin sat on his haunches and had his paws together as he looked up at it, it looked like he was praying.

When I went back to where he had dug into the tree trunk months later, I noticed that the plants he mulched while foraging for termites, had flourished and grown, while those he did not mulch, shriveled and died.

These creatures are the gardeners of the forest as well as the controllers of the insects that would eat at all the plants that abound there. Balin, the little orphaned pangolin in Palawan taught me so much of its role in our forest as I walked with it while it foraged early evening till late at night for 2 months; when sated it would crawl up my leg to be brought back to it's safe lair. It must be so with all pangolins, the gentle forest garden wizards, silently doing the job allotted them with none the wiser.

They go about their job skillfully in the dark of night, so none might see the magic they do. For this they are rewarded with genocide, because they will not defend themselves by aggression, they passively curl up into a ball and let their armor protect them. Alas, it does not protect them from us humans.

Please teach all that can make a difference of the importance of these gentle little wizards of the forest. Who knows how many things will cease to grow without them. What trees are destroyed in any country they exist, will affect the global warming of the earth and affect us all. 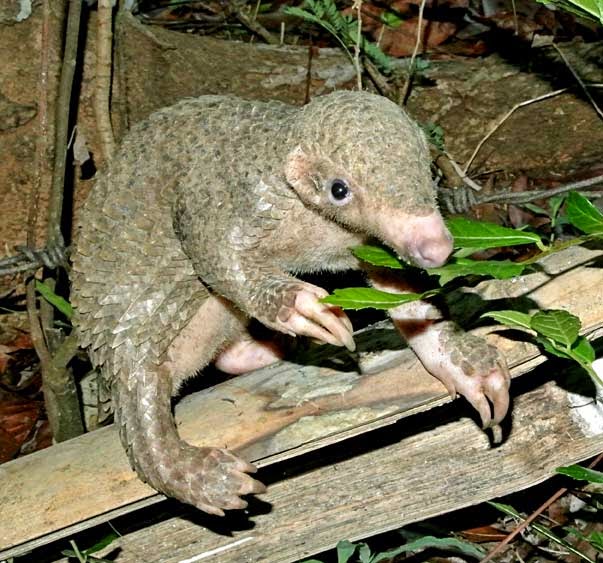 These wonderful and harmless creatures are being harvested at EPIC and non sustainable proportions. This is what becomes of them. Help stop the madness. 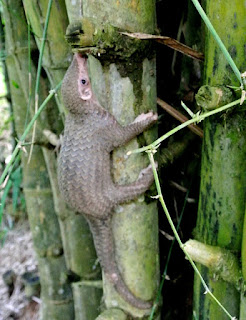